Roselee Blooston’s first career was as a professional actress and playwright. She wrote and performed four one-person plays—The Phrase in Air (on Edna St. Vincent Millay), Intensity Jane in New York (a comedy on Texas chic), The Queen’s in the Kitchen (a satire of Elizabeth II, for whom she was a professional look-alike), and Mad Moms (a multi-character satire)—for two decades, with productions broadcast over Voice of America, NPR, Manhattan Cable, performances at the Edinburgh Festival, Celebrate Brooklyn, the National Portrait Gallery, in New York at Lincoln Center Library, Bargemusic, the Improv, Catch a Rising Star, the Comic Strip, the Players’ Club, Theatre at St Clement’s, the West Bank Café, other Theater Row theaters, as well as Woodstock Playhouse and colleges, schools, and museums throughout the country. She also performed in the ensemble of her play, Rehearsing for Oscar, at the Sanford Meisner Theater and the John Houseman Studio in New York City.

Her two-act play, Tikkun, on assimilation, intermarriage, and spiritual repair was read by the Jewish Alliance for the Performing Arts, and was a finalist in the 2006 Dorothy Silver Playwriting Competition and had its world premiere in January 2020 at the Center for Performing Arts in Rhinebeck. 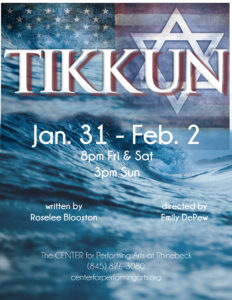 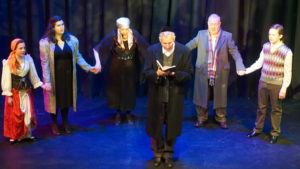 Chronogram on Tikkun: Events Worth Leaving the House for in January

In 2019, Rehearsing for Oscar, was revived by The Center for Performing Arts at Rhinebeck. “Laugh-A-Minute…delivers on every level-laughs, emotional and intellectual wit…relevant, wise and absurdly delicious.” 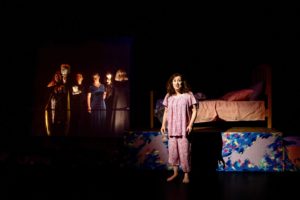 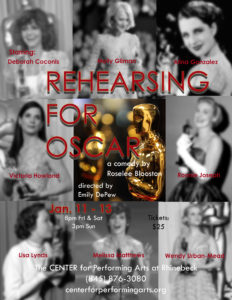 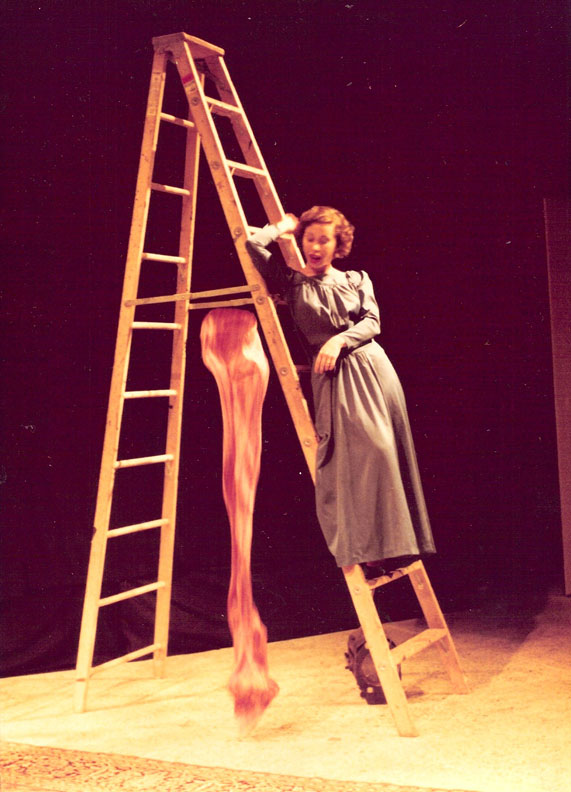 The Phrase in Air, written in 1978, was Blooston’s first one-person play. Based on the life and poetry of Edna St. Vincent Millay, it is set at one of her final public appearances—a reading gone awry. The play toured nationally until 1986. A performance at the National Portrait Gallery in Washington, D.C. was recorded for broadcast on Voice of America; excerpts were also broadcast on KUT-FM(NPR). 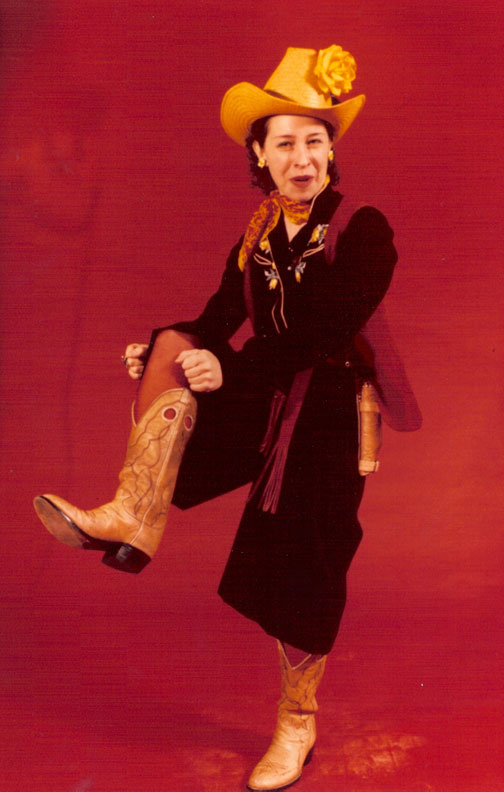 Intensity Jane in New York is a solo comedy in one act, which takes down trendy Texas chic when a good ol’ Texas gal comes to the Big Apple to set things straight. Written in 1980, Blooston toured the play until 1985. 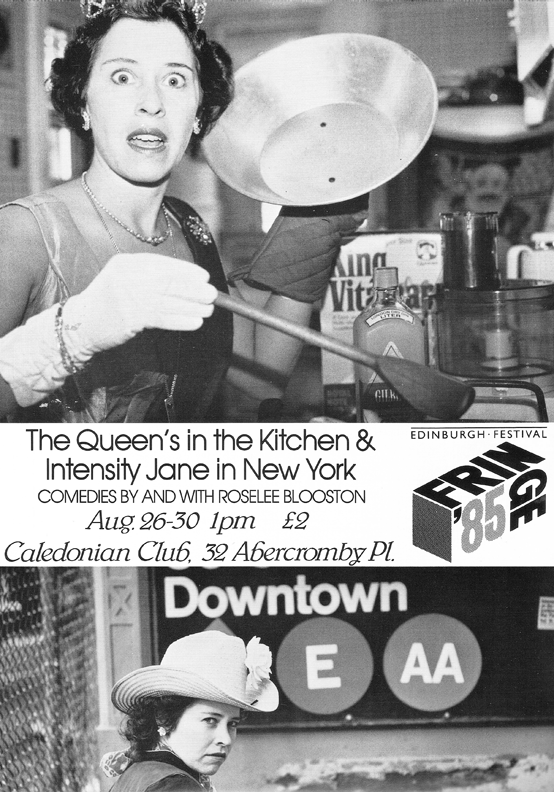 The Queen’s in the Kitchen is a solo comedy in one act, written in 1983 to accompany Intensity Jane in New York and to send-up Blooston’s status as a professional look-alike for the young Queen Elizabeth II with a satire in which the Queen finds herself alone in the kitchen during a strike by the palace staff and must butter her own toast. Blooston’s performances culminated in a 1985 run at the Edinburgh Festival where she received both glowing reviews and angry letters from Scottish nationalists. 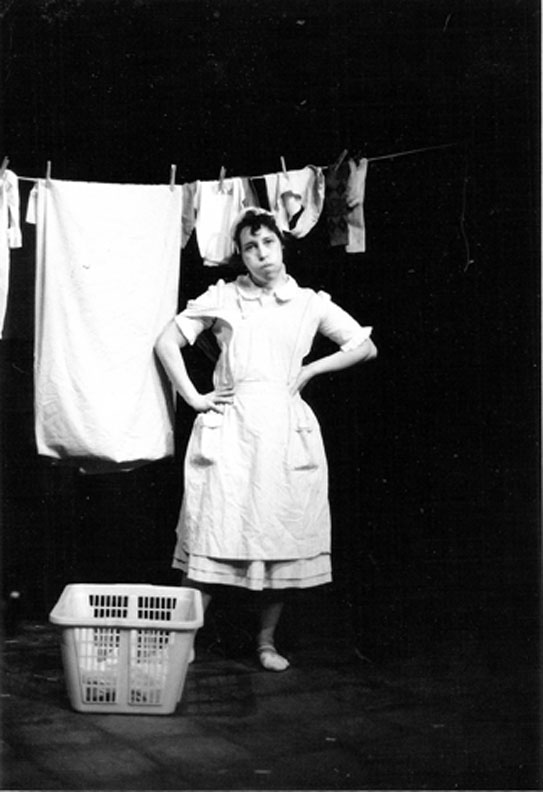 Mad Moms, written in 1985, was Blooston’s first multi-character solo comedy—the premise, a little girl plays dress-up, becoming one kookie, difficult, power-mad mom after another, while her own mother hangs laundry and vents her frustrations. The play premiered on New York’s Theater Row at Manhattan Punchline and went on to give the actress/playwright her first national review in Variety and productions through 1991. 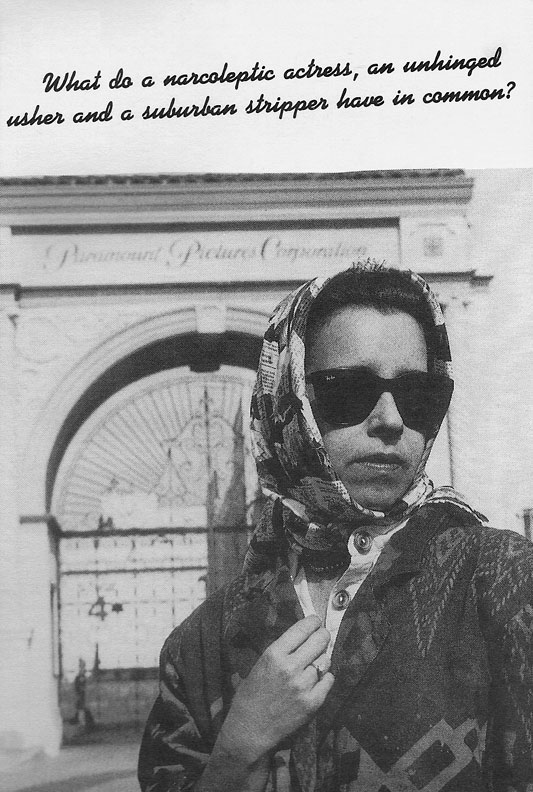 Rehearsing for Oscar was Blooston’s first ensemble comedy. Written in 1994, the play chronicles the struggles of a bizarre collection of would-be stars in their quest for fame and fortune, including an unhinged usher and a housewife-turned-stripper, who invade the dreams of a narcoleptic actress, taking her on a journey by turns funny, startling, and poignant that anyone with aspirations and a less-than perfect job would embrace. The play received a number of productions the New York area, most recently at the Center for Performing Arts in Rhinebeck. (see above)